How Do Psychiatrists Help People With Suicidality

Suicide rates have increased 24% since 1999, and mental illness itself is a major contributing factor to suicide. This means that suicidal thoughts and actions can be caused by other disorders like depression or bipolar disorder, substance abuse problems, and physical health problems like cancer.

So what do psychiatrists do when patients come to them with suicidality? How do they help those struggling with such dark thoughts?

There are many different theories within psychiatry about why a person becomes suicidal.

One such theory is the interpersonal theory of suicide, which states that one of the main reasons someone might be suicidal is because they feel disconnected from others and suffer from loneliness. This could be due to a breakup with a significant other or losing friends and feeling socially isolated. According to this theory, people who do not have any solid social relationships will be more likely to commit suicide than those surrounded by friends and family.

Thoughts about death can also occur in healthy individuals when there’s a sudden change in their lives, like getting married or having children. For some people, the thought of such drastic life changes may even lead them to question whether it’s worth living anymore! However, these thoughts usually only last for a few days and disappear once the person gets used to the changes.

In people with depression, these thoughts can become more persistent and lead to a greater risk for suicide. One study found that in teenagers who had experienced symptoms of depression for five or more years before attempting suicide, 25% still did not have any symptoms at all when they tried. This shows how hard it is to predict whether someone will attempt suicide. Only 1/3 of people who have been diagnosed with depression are suicidal.

If a person has been diagnosed with depression for five years before attempting suicide, the psychiatrist will probably have little effect preventing this attempt. Psychiatry is generally more effective in preventing future attempts in teenagers who have experienced symptoms for less than a year before their first attempt.

Studies have shown that psychiatrists often fail to recognize which patients are at the highest risk for attempting suicide. The psychiatric disorders most associated with suicide attempts are depression and anxiety, especially panic disorder. However, many patients who attempt suicide do not have any psychiatric diagnoses at all.

Most research on suicide prevention has been conducted in children or teenagers because they pose a greater statistical risk than adults do; however, suicidality in adults is a significant health issue. There is evidence to support the efficacy of crisis hotlines and psychotherapy for preventing suicidal behavior in teenagers. The research on adolescents may be extrapolated to support similar strategies for adult populations.

A major limitation of psychiatric diagnosis about suicidality is that it generally takes many years before symptoms become severe enough for them to be diagnosed. As a result, some researchers have proposed preventive strategies outside of mainstream mental health services. This begs the question: how do psychiatrists help people with suicidality without diagnosing them?

The most obvious way that psychiatrists can help is by identifying and referring patients they believe to be at risk of suicide. Patients may also seek out or be referred to psychiatrists precisely because they or their relatives have been concerned about developing suicidality. In this context, psychiatrists have an excellent opportunity to improve immediate wellbeing and reduce longer-term morbidity and mortality through conventional psychotherapy, provided they are familiar with issues related to suicide.

For example, if a patient with suicidal thoughts is expressing anhedonia and hopelessness about the future, this would be an appropriate moment to have a short-term goal of engaging in some activities that help her feel better. In the longer term, a psychiatrist might want to address how realistic it is for patients to believe they can control their moods through engagement in pleasurable activities, addressing these unrealistic beliefs as part of the depressive illness itself. Suppose a patient with suicidal thoughts presents requesting antidepressant medication or ECT instead of psychotherapy because she believes antidepressants will make her more able to engage in pleasurable experiences and combat suicidality. In that case, this offers another useful opportunity for psychiatrists to help establish more healthy views about suicide and its treatment.

Even in short-term psychotherapy, psychiatrists may prefer to focus on the depressive illness rather than the suicidal thoughts themselves, taking care to normalize and destigmatize these symptoms, so patients do not feel isolated with their feelings of suicide.

How Do Psychiatrists Help People With Suicidality 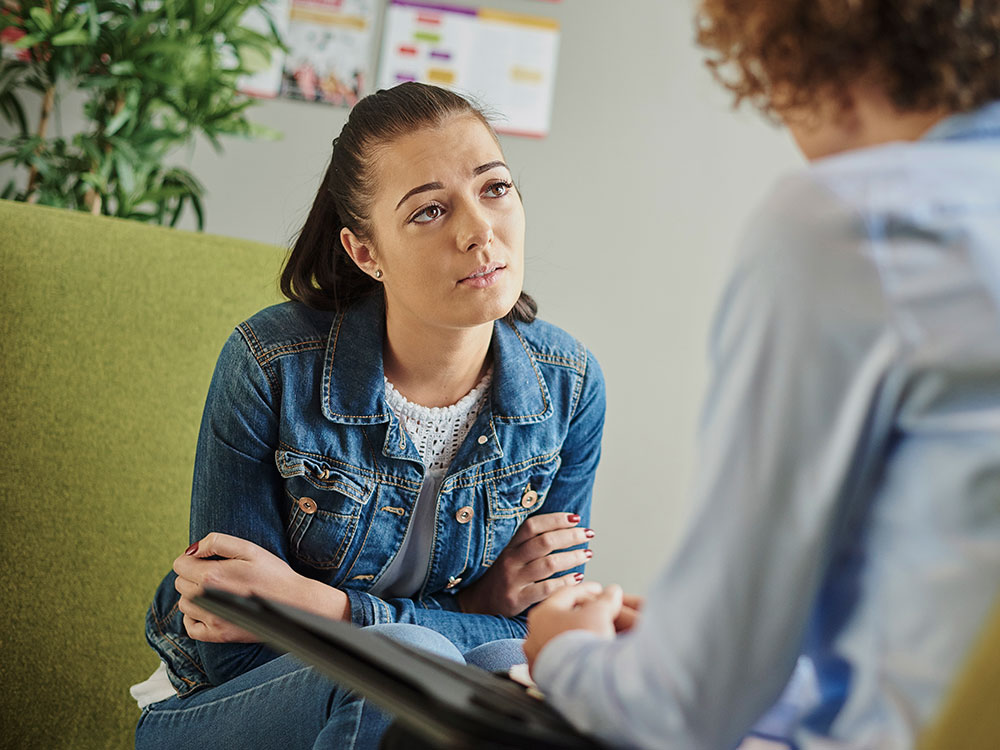 Entering The Profession Of Psychologist Or Psychiatrist